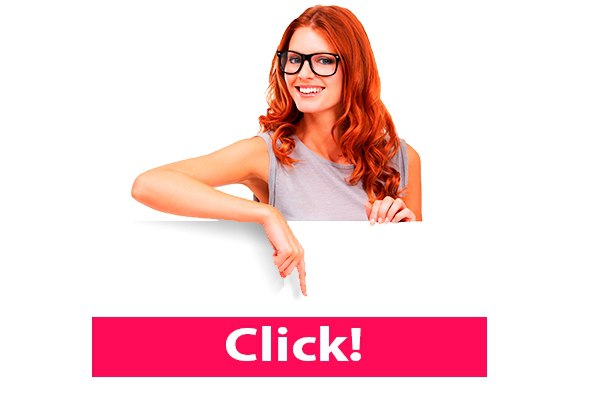 I also think it's important that Jang-mi just does whatever she wants to do, not what other people tell her so as painful as the ending is, it also manages to be very satisfying at the same time. I think what you mentioned about respect is very important and hopefully the next two episodes will focus more on the leads building that respect for each other and for themselves. Go on, kids, get married and settle down in the seaside town! Let YR find work as a line cook, and live in a sweet little apartment!

Victoria episode 8 review: A dramatic and thrilling final instalment of the royal drama

Let Ki Tae sort out his own issues! Not me - I actually dislike YR. He seems extremely shallow. Part of that might be his acting, which I am not impressed with. To me, YR comes off as 'deliberately cool' - not putting himself out there too much in case he gets hurt. He's not as expressive an actor as the guy playing Ki Tae, but I think it works.

When I went back and rewatched eps, I did notice that in scenes with the three of them, Jang Mi's eyes are almost always following YR he is easy on the eyes, I must admit , and her body language changes whenever YR comes over. Ki Tae will have to put some serious effort into it if he intends to make that fake marriage real - starting with not insulting her. Given it's a Kdrama, the male lead will eventually sink my preferred ship, but I can dream. I went back to read some of the character synopses that were distributed. They all say that YR has an aversion to commitment which comes from being abandoned by his mom.

He had no intention of getting married, but he unexpectedly starts to fall for JM. Trust me, you are not the only one After this I NEVER want to see her in that family, no redemption is possible after the emotional abuse that everyone is complicit in - even her own mother! Han Yeo Reum deserves some serious apologies for waiting and standing by her thru this madness and he puts aside his own annoyance after being ditched to smile and feed her takeout - best boyfriend ever! Gi Tae pales in comparison - last episode should have been the last straw with him to have it out with his mother but he takes his anger out on JangMi - No Way!

I'm totally with you guys!!!


I love Yeo-reum and I think he's exactly what Jang-mi needs right now. I think he's the perfect rebound for her: And who seems to as of now interest our heroine a hella lot more than the lead! As it is, I don't think that they would work out in the long run. If anything, the funny scene with Yeo-reum running around Ki-tae's apartment doing exactly the same thing that Jang-mi did her first time there shows how similar they are if they're fear of abandonment didn't give it away.

It was Yeo-reum that comforted her. She's been having a few horrible days of dealing with Ki-tae's mother and all Ki-tae, who should know better than anyone else how impossible it is to escape once the woman decides to control you, only offers criticisms and absenteeism. It's Yeo-reum who steadily waits for her and offers support. I know that once Ki-tae changes his tune, I'll be happy when him and Jang-mi finally get together and not just for the all-you-can-take plastic surgery her mom will be able to enjoy but right now that boy does NOT deserve our girl. Ahhh exactly what I've been thinking!

I know that eventually KT and JM will be together, and as long as the relationship dynamic changes and, as was said, it includes more respect. No, I don't think he's a forever soulmate, but he's certainly the right guy for her to pick at this point in the drama. KT, on the other hand, has been a jerk. I believe he'll eventually redeem himself, but at the moment he totally does not NOT deserve JM and I'm glad that she's not feeling the love back at this point.

He's got to earn that! You're not alone but definitely less than I thought there'd be. I think you guys will have a field day next episode. As will we all, 4 way hijinks are going to ensue. And a kiss maybe i hope not. When Ki-tae speaks, I get the sense that he's saying exactly what he wants to say, but when Yeo-reum speaks sometimes not always though it feels like he's thinking to himself "what does this person want to hear? Now this is interesting because this is exactly why Yeo-reum is the right choice for Jang-mi right now.

He knows exactly what she wants to hear, but it also oddly makes him feel very surface-deep for some reason. When Jang-mi and Ki-tae interact it feels like there's give and take there, like they're not afraid to say what they want to say. I think that Ki-tae simply needs to learn a little more about saying and doing what Jang-mi needs once in awhile, instead of just saying whats on his mind. If he can do that though, I'm rooting for him completely.

I think that's why I can't understand, and therefore like, his character. There have been very few moments where I felt like "Aha, there's his true feelings flashing through". I don't know if this is a failing of the actor, a failing of the show, or a deliberate choice by the show, but it's making me pretty frustrated.

I understand the other characters not knowing his true feelings, but the audience is just as in the dark. Maybe soon he'll have a complete breakdown and reveal he is truly an infamous serial killer!!! Muahahahaha Or you know, that he really loves JM or something I think jm sees her dad in kt since his parents are outspoken to one another while kt family is hiding within themselves from being diacover.. I see yr as kt dad because he is all surface..

While being harsh actually wants jangmi to come out for the better.. Each meeting the have had there hasn't been any true conversations.. With kt and jm they talk more about their deeper roots.. I can't handle her with Yeo-reum much longer, so that last scene basically made me go fsjfkwoeifueoisfs. I think i lost about 10 hair strands there. Its not like I don't like Yeo-rum as a character, yes he's a bit charming at times but i have a feeling that he's not just that into Jang-mi, its like what he said a few episodes back that he's intrigue as to why are those guys interested in her.

Its like he's just testing the waters with Jang-mi. On Jang-mi's part as well, i think she's not really in love with Yeo-rum, he's just a breath of fresh air and she's having fun but not really in love because when she's with him, its like she's not her total self unlike when she's with Ki-tae. She's probably attracted to lighthearted, superficial men because of her parent's incompatible relationship.

But what she hasn't fully realized yet , is that a superficial relationship will ultimately end up being just as unstable and painful. YR might be fun and all but she is someone that tries to go deep into relationships to me.. There is sth that confuses me: Why can't she say: Let me call you back. Meet on my day off or after work. Why put up with All those "Jang-miiaa"? Beause she is JangMi. Right now, she is so deperate to please people that she doesn't know how to reject them and her journey to eventually being able to do that will probably be one of the main highlights in this drama's plot.

I keep thinking they've forgotten that this is FAKE and that they want to end this marriage. I don't understand why she's trying to please his mom when she should be trying to break up the marriage and lose her approval by being disagreeable. Don't buy the thermal mattress and tell her that you can't go to acupuncture!

Tell her no kids! Get GiTae's mom mad! I just don't get her logic. Also, I don't mind YR at all, I actually feel bad for him because he's super sweet and Jang Mi keeps missing their dates and being a horrible girlfriend. Yes the actor isn't great, but based on the plot, the poor guy is totally getting shafted by JangMi. JangMi - stop playing the 2 guys and figure out what you want!

Because that's not who she is. She's a people pleaser. Of course for the sake of the comedy it's turned up to the next level, but there are actually people like that I know some of them , so it's not like the whole idea of it is unbelievable. And it's not like Jang Mi is doing anything inconsistent with what has been shown to be her character. I notice that you keep asking why don't the characters do this and why don't they do that The simple answer is because if they did, they would be different characters and this would be a different story.

And obviously one more to your liking.

If a viewer is halfway through the show's run and they still can't reconcile themselves to Jang Mi being a pushover and Gi Tae being emotionally backward, then maybe it's just a case that this isn't the show for them. I think you are right about the "people pleaser" syndrome she has. And she does not realize yet just how crazy it can drive people around you. Many years ago, in another life, I had a girl I was going with who was positively afraid of even saying what she liked or not - I never knew where she stood on anything, and it drove me crazy. That lasted less than 7 weeks.

KT's mom has decades of manipulating experience, Jang-Mi has close to zero. But I think that Jang Mi is learning fast, at least I hope so.

OMG SeAh is getting on my nerves. I was so surprised when I looked her up. She is Jenny from God's gift. Regardless, though she needs to lose the "I am gonna keep using the flashdrive card to get what I want. I am getting to the point that I fast forward through her scenes when she's wallowing in self pity. Sorry for this rant. Other than that, I love this drama so much. 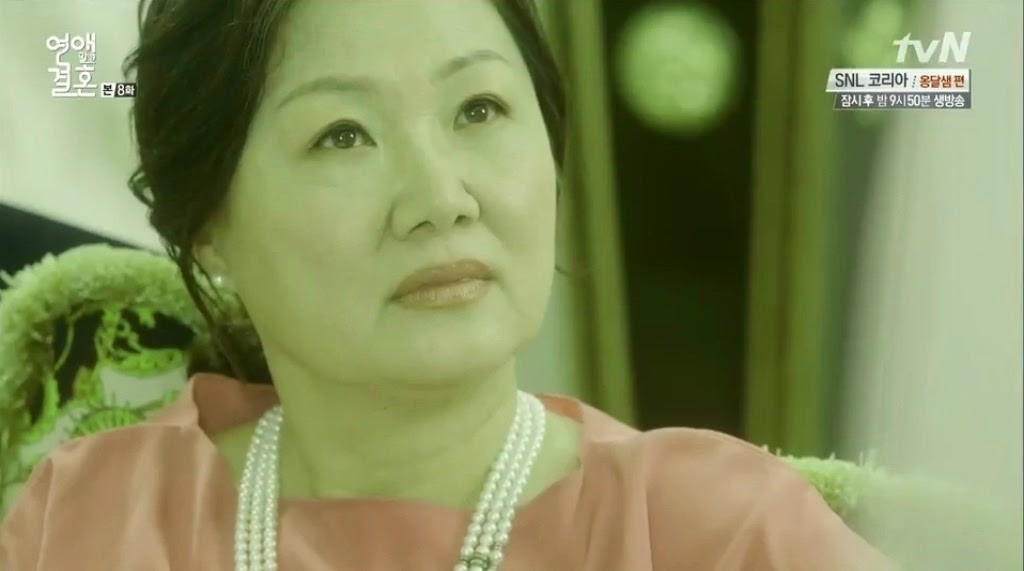 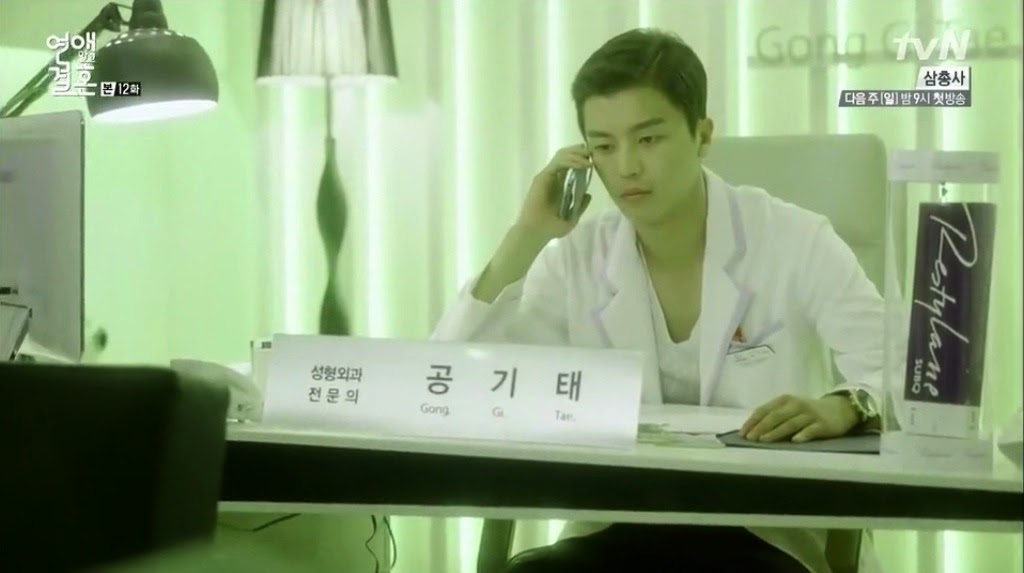